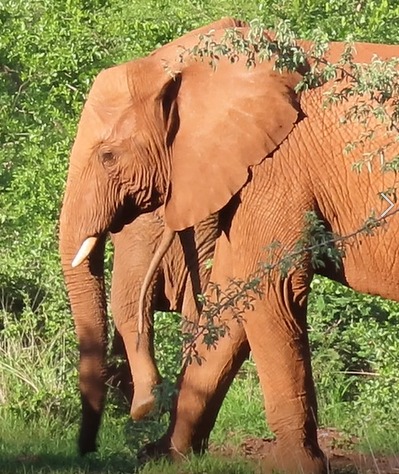 To this end we engaged with your Trustees in writing, requesting information, including a number of documents. We  also visited SanWild on a number of occasions to try to  fully understand and grapple with the issues at hand and to assess what kind of solution(s) could be found to ensure that the animals entrusted to SanWild – as per the SanWild Trust’s mandate – would be safe and protected going into the future.

The EMS Foundation has spent a lot of time and energy liaising with your Trustees and others, including aggregating as much information as possible for the interested and concerned wildlife conservation and protection organisations, as well as for the individuals who have donated funds to SanWild over the years.

As part of this liaison, an internationally acclaimed organisation, which has been operating for more than 30 years on three continents, specifically in the field of wildlife rescue, sanctuary and rehabilitation, put forward a wonderful proposal and offer as a way forward and long term solution aimed at securing the future of the wildlife on SanWild and the saving of Face for SanWild and its Trustees.

This lifeline would also ensure that SanWild’s  primary vision and the reason for which it was established continues, albeit not as the SanWild Trust per se, but certainly totally in accordance with the founding document and establishment of this sanctuary whereby the only beneficiaries are the wildlife and to assist wild animals in need.

It is plain that SanWild cannot continue on its current trajectory and it would be counter-intuitive for it to continue within its existing framework of the SanWild Wildlife Trust. It is an unfortunate reality that the SanWild name and brand is now enormously tainted and untrustworthy. In addition there are outstanding criminal charges against the trust or trustees.  There are ongoing investigations into how the Trust operated from a financial perspective.  There is a criminal investigation regarding the irregularities pertaining to rhino horn, the ivory and the permits for these as well as  the recent robbery of rhino horns, elephant tusks, guns and ammunition, which occurred at the end of January 2019.

As you are aware the proposal/offer was communicated to one of your Trustees, Lizel Kachelhoffer on the 18thof December 2019. Amongst other things, the offer also included:

This offer – which translates into an enormous investment – was made with the best interests of the wild animals at SanWild at heart, as well as that of the legacy of the SanWild Trust. It has been made despite SanWild’s complicated history, lack of public trust and support, and the on-going and immense problems that it is facing.

Given the above, the precariousness of SanWild and mounting public concern, we, therefore, cannot understand why there has been no official response by your Trustees to this offer.  We therefore kindly request that you respond to this generous offer in writing by end of business on Friday the 28th February 2020.

Global March for Elephants and Rhinos